What is BSL?
Problems with BSL
Effective alternatives to BSL
BSL in Texas
BSL on the Decline

A breed ban usually requires that all dogs of a certain appearance (”targeted breed”) be removed from the area where the BSL has been implemented.

Breed-specific restrictions may require an owner of a targeted breed do any of the following or more, depending on how the law is written:

BSL has been proven ineffective in reducing the number of dog bites in areas where BSL is enacted.

BSL has proven very expensive to implement and enforce.

BSL requires identification of a dog’s breed which is extremely difficult. 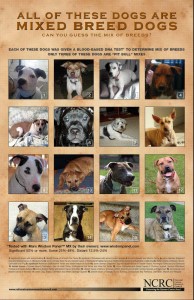 (Click on the image to open a large PDF.)

BSL is opposed by many professional organizations. You can find each of the below listed organization’s statements on BSL, here.

BSL ignores the true causes of dog bites and attacks.

Responsible dog ownership is the most effective way to reduce the number of dog bites and attacks. To encourage responsible ownership, legislation should focus on

LOVE-A-BULL is Texas-based and the majority of its members live in Texas. For that reason, it is important for LOVE-A-BULL members to know that Texas state law prohibits breed-specific legislation.

(1) are not specific to one breed or several breeds of dogs; and

(2) are more stringent than restrictions provided by this subchapter.

To learn more about BSL, including an up to date map of where BSL is in the United States and Canada, visit BSL Census.

BSL on the Decline

In May of 2016, Arizona Governor, Doug Ducey, made Arizona the 20th state to enact anti-BSL laws. As research continues to prove time and again that BSL is not only ineffective, costly and harms innocent families by taking away or restricting their family pet, LOVE-A-BULL is elated to see a huge shift in the legislative approach to public concern over dog bites and community safety. As of 2016, approximately 20 states maintain some sort of anti-BSL legislation. The nation as a whole has begun to embrace the common thread with dog bites, which is preventative actions and education on responsible ownership of all dogs. For information on those states with anti-BSL policies, please view the following document from the Animal Legal and Historical Center. LOVE-A-BULL believes that the wane of BSL certainly leads the country in the right direction, but we also believe that pit bull-type dogs will continue to need support until they are seen by everyone as individual dogs, that are just that…dogs.